Stable isotope techniques are fundamental to many of the experimental studies being performed in our lab. Many experiments have been aimed at elucidating the underlying reaction mechanisms controlling the biogeochemical cycling of P, S, C and iron in a wide range of marine, terrestrial and extra-terrestrial (e.g., Mars) environments across the full span of geologic time. Recent experimental studies have focused on development of new applications of the oxygen isotope ratio of phosphate to: elucidate the specific reaction pathways and enzymatic mechanisms that control the marine P cycle; phosphate biomarkers for early Archean life and extraterrestrial systems; and to elucidate sources and reactions of reduced-P compounds and phosphonates.

1. Fractionation of oxygen isotopes in phosphate during sorption/desorption to iron oxides and during mineral transformation

Iron (III) oxides are ubiquitous in near-surface soils and sediments and interact strongly with phosphates via sorption, co-precipitation, mineral transformation and redox-cycling reactions. The biogeochemical cycling of phosphate includes several processes and reaction networks which can potentially affect both the concentration and isotopic composition of ortho-phosphate and organo-phosphate (e.g, phosphor-esters) species. Our current research focuses on experimental studies aimed at determining whether interactions between dissolved inorganic phosphate and solid iron-oxides involve fractionation of oxygen isotopes in PO4. For these objectives, we perform batch sorption experiments using synthetic ferrihydrite and isotopically- labeled dissolved ortho-phosphate at temperatures ranging from 4 to 95o C. Mineral transformations and morphological changes are determined by X-Ray, Möauer spectroscopy and SEM image analyses.

Experimental setup for sorption/desorption of phosphate to iron oxide and mineral transformation.

b) Biogenic apatite (fish debris) in Pelagic red clay sediments (LLGPC-3) from the midplate, midgyre region of the North Pacific.

ODP Leg 201 sites drilled in the Equatorial Pacific and offshore Peru comprise exquisite suites of well characterized and diverse marine sediments including: (1) carbonate and siliceous oozes of the equatorial Pacific, (2) clays and nanofossil-rich oozes of the Peru Basin, (3) organic-rich silty sediments of the shallow Peru shelf, and (4) a hydrate-rich deep-water sequence off the continental shelf of Peru. Our current research focuses on extraction of reactive phosphates from four sedimentary P reservoirs namely loosely sorbed, iron-oxide bound, authigenic and detrital phosphate. We are currently focusing on organic-rich sediments at Sites 1227 to 1230. Extracted reactive phosphates are being further analyzed for 18O:16O to better understand and infer the origin and diagenetic history of various P phases, as well the mechanisms of authigenic phosphate precipitation and post depositional microbial reactions occurring within the sediments.

The field of nano-geosciences has always been characterized by the convergence of many different disciplines such as geochemistry, modern molecular biology and engineering to fully understand the laws governing the formation, transformation, transport and retention of nano-particles in soil and sediments, as well as interactions with microorganisms and the impact on these interactions on soil ecology.

Our current research in nano-geochemistry focuses on the iron nano-minerals and carbon nanotubes (CNTs). We focus on the formation of iron nanominerals during iron redox cycling. Research in carbon nanotubes (CNTs) focuses on the fate and transport of CNTs in soil and sediments, mechanisms of CNT interactions with microorganisms, and community level effects and ecological impact on soil microorganisms due to exposure to CNTs.

This research is being done in collaboration with the Menachem Elimelech Research Group in Environmental Engineering at Yale. 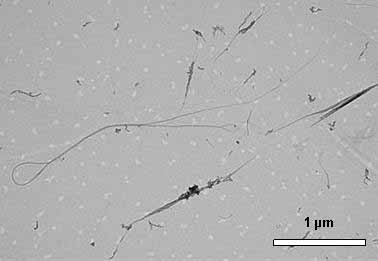 One area of study in the Blake lab focuses on the volcanic hot springs of the Lesser Antilles with a current emphasis on the Sulphur Springs of St. Lucia, West Indies. Geothermal springs in this part of the world have been poorly characterized compared to other similar environments such as Yellowstone National Park, Kamchatka, and Vulcano, Italy. Our research is aimed at understanding how geochemical variations between hot-spring pools may affect microbial diversity, and the role of microbes inhabiting these pools in elemental cycles. 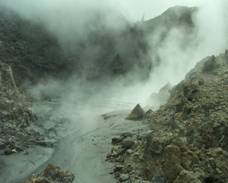 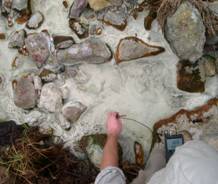 We have completed studies of diversity of both bacteria and archaea at several sites using molecular biological techniques, and we have made progress on relating these results to our geochemical data from these sites. Our geochemical data show that at several pools across St. Lucia, several elements are found in very high concentrations, including boron, silicon, and iron, although concentrations of these elements vary widely between individual pools at the site. We are currently studying the effects of boron on microbial diversity. Boron concentrations at several pools at St. Lucia are among the highest concentrations measured anywhere in the world. Given the extremely high boron concentrations at some of our St. Lucia sites compared to similar sites, boron could be one element controlling microbial diversity.

From hot springs to cold environments, we are also studying bacteria that are able to grow at cold temperatures that many organisms cannot grow. We have isolated a bacterium from Arctic sea ice that is able to grow at 4ºC, which will be used in our DNA thermometry experiments.

Understanding the composition and function of microbial communities is one goal of geobiology. In the Blake lab, we are using molecular biological techniques to study microbes in geologically active environments.

In order to assess diversity of both domains bacteria and archaea at St. Lucia, we are studying 16S ribosomal RNA (rRNA) gene sequences. The 16S rRNA gene serves as a stable marker used to fingerprint different bacterial types. Because many bacteria and archaea are as yet unculturable, this provides a more complete picture of microbial diversity. DNA is extracted from the total community, followed by Polymerase Chain Reaction (PCR) to amplify bacteria-specific and archaea-specific 16S rRNA genes. Genes from different species are separated by molecular cloning, and DNA is then sent for DNA sequencing. Sequences are then edited and searched against public databases for nearest sequence matches and phylogenetic trees are created to determine relationships of gene sequences to each other and to those already in databases. Diversity indexes used in ecology, including the Simpson’s index and the Shannon-Weiner Index, are calculated, and other statistical analyses are performed to determine correlations between microbial diversity and geochemical factors.

We also use molecular probes to target DNA sequences of certain microbial groups (such as bacteria vs. archaea, or more specific groups such as sulfate-reducing bacteria) to directly view and enumerate microbes in sediment or water samples, using a technique called Fluorescence in situ Hybridization (FISH). 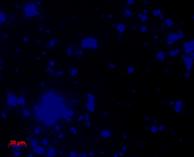 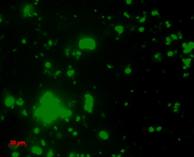 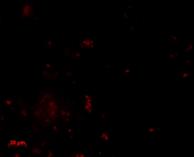 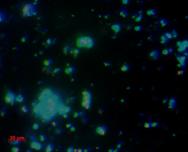 2. Isolation of bacteria
3. Isolation of bacteria from St. Lucia sites is also being carried out. Microbial enrichments from St. Lucia sediments have already been initiated using several different media to isolate microorganisms with a range of metabolic styles. Microorganisms have been isolated from these enrichments by plating several dilutions on the appropriate corresponding medium at the temperatures found at sampling sites. 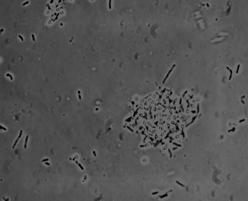 Bacterial isolates are identified by DNA sequencing of the 16S rRNA gene of both bacteria and archaea. Isolates are being tested for their abilities to withstand high levels of boron and other elements based on their concentrations at each pool at St. Lucia.

The overarching goals of research are  to:

So far, our  research group has  developed and carefully tested several new methods for the precise analysis of O isotope ratios in PO4 from a variety of  different and challenging sample matrices including:

I have been deeply involved and invested over the past decade, in the development of now widely used PO4 O isotope ratio analysis techniques. This has included the development of new mass spectrometric methods (graphite reduction (O’Neil et al., 1994) and TC/EA methods (Colman et al., 2000; Vennemann et al., 2002)), extensive chemical extraction method development (described above), as well as the synthesis and calibration of silver phosphate O isotopic standards for PO4, which did not previously exist (Vennemann et al., 2002).

Another active area of research is the study of microbial S cycling in deep-sea sediments using S and O isotope ratios in sulfates with emphasis on Ocean Drilling Program (ODP) Leg 201:1/29-4/3/2002 (Blake et al., 2005; Boettcher et al., 2005). I sailed as a geochemist on Leg 201 and carried out nutrient analyses (NO3, PO4, NH4; D’Hondt e al., 2003, 2004). I have also participated in 2 research cruises (2002 and 2004) on the R/V Atlantis-DSV2 ALVIN to sites near 9 degrees N and 21 degrees N… EPR to study P-cycling in hydrothermal systems and to collect vent biota and Fe-oxide deposits to investigate Fe-oxide-PO4 interactions and the role of biota and Fe-oxidizing bacteria in imprinting biosignatures on PO4 delta O-18 values. I am also involved in a long-term field study of the geochemistry and microbiology of the Sulphur Springs Park volcanic hot spring site on St. Lucia (Cameron et al., 2002; Greenwood et al., 2002, 2005)which is a possible analogue for Mars. 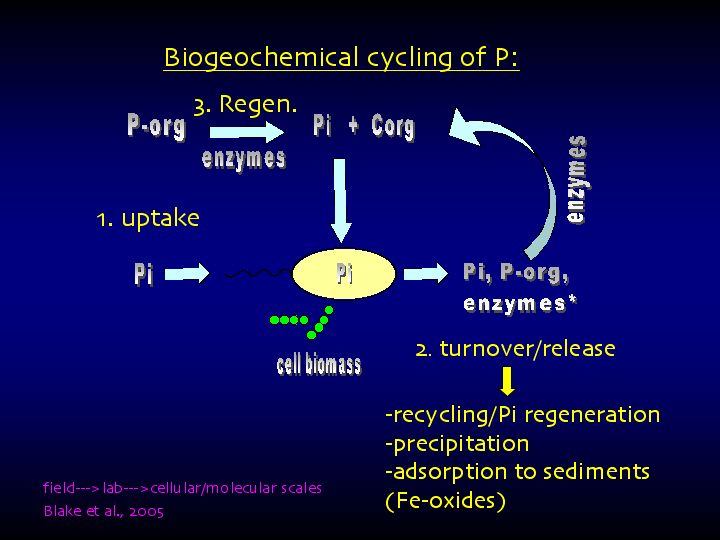 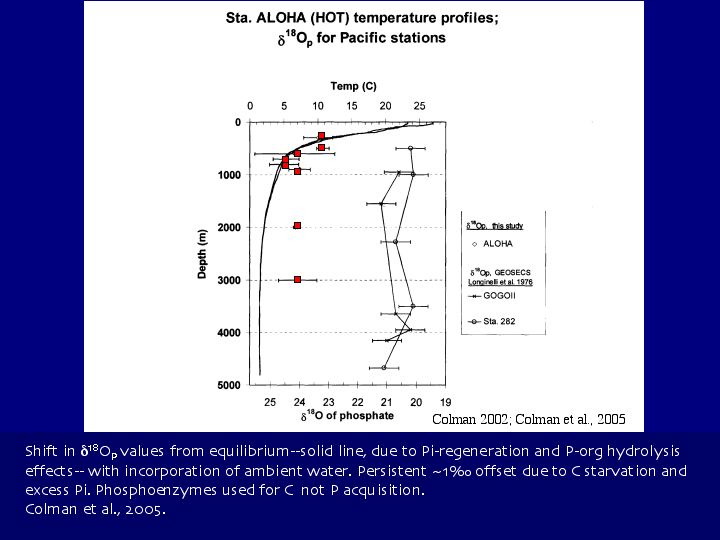 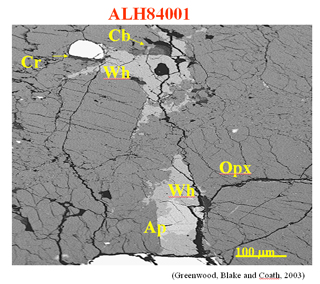 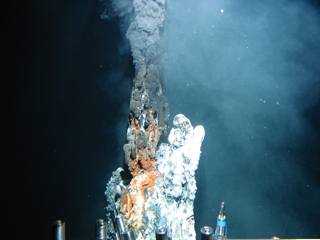 The deep biosphere may be a final frontier for new discovery of life on Earth. The Ocean Drilling Program and Deep Sea Drilling Program, have produced a wealth of geochemical data that provided the first indication of the presence of an extensive microbial biosphere beneath the ocean floor. ODP Leg 201 made history as the first Leg devoted exclusively to determination of the extent, distribution, and intensity of microbial activity in deep-sea sediments. A highly integrated approach including: direct microbiological assays (e.g., cell counts, enrichments, molecular methods) to identify specific organisms present; measurement of sediment/lithologic properties; and analysis of pore fluid chemistry, was employed to produce the highest resolution biogeochemical and microbiological data set in ODP history. Porewater geochemical profiles showing distribution patterns and concentrations of key electron acceptors, nutrients, and metabolites in deep-sea sediments were critical to the identification of biologically-active zones and specific metabolic styles such as Mn /Fe reduction, and methane oxidation. The powerful combination of knowledge of pore fluid chemistry, sediment composition, microbial activity, and molecular-based identification provides important new insights and identification of direct links between microbial activity, lithologic properties, porewater chemistry, and sediment diagenesis. Dr. Blake is a biogeochemist who sailed on ODP Leg 201. 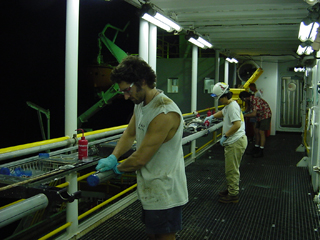 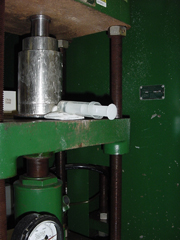 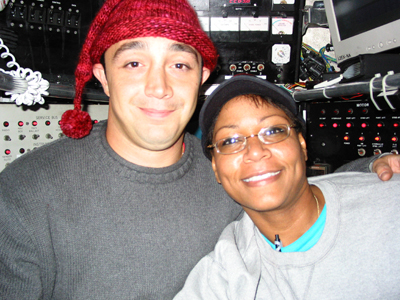 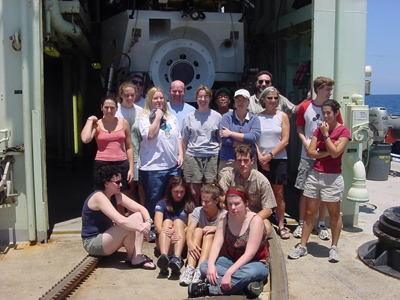 My objective was to sample the many different occurrences of Fe-oxide deposits for the purpose of analyzing the 18O/16O of phosphate adsorbed to these Fe-oxides. Fe-oxides are present on active and in-active vent chimney walls –which also harbor hyperthermophilic microbes; Fe-oxides encrusting weathered basalts, as well as markers and instruments deployed near vents 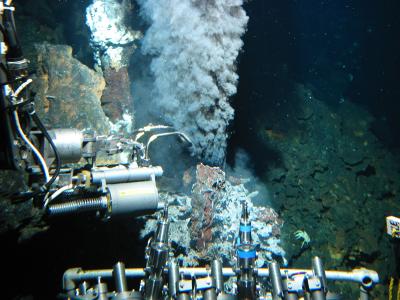 We also collected hydrothermal fluids, vent biota and bottom seawater samples and basalt for the analysis of 18O/16O of phosphate in these key P reservoirs 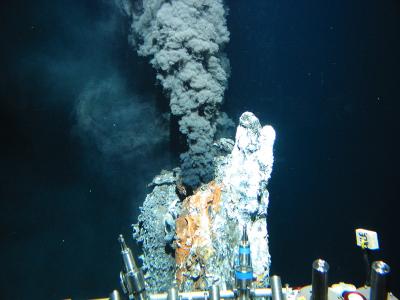