The 15 million years or so after the start of the Cambrian (542 million years ago) witnessed the emergence of almost all the major animal groups – the so-called Cambrian explosion.  This was followed, about 35 million years later, by a dramatic diversification of marine life, the Great Ordovician Biodiversification Event.  These events are recorded by the presence of shelly fossils, but only about 40% of marine animals have shells - the remainder are soft-bodied and rarely fossilized.  Clearly unusual deposits that preserve evidence of soft tissues provide essential information about the evolutionary history of the majority of animals (e.g., jellyfish, worms, many arthropods). 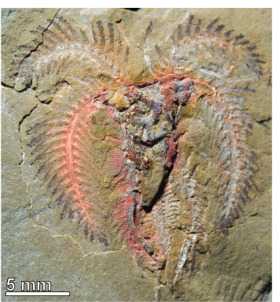 Figure 1. The arthropod Furca from the Ordovician Fezouata shales, Morocco.

Fortunately rocks of Cambrian age yield an unusually high number of soft-bodied fossils compared to younger sequences.  This may reflect the rarity of deep burrowers at this time – animals overcome by current-transported sediment ended up out of reach of scavengers – but rapid sealing of the sediment by mineral cements played an important role. The early evolution of the major animal groups is recorded in deposits such as the Maotianshan Shale in Chengjiang, China and the Burgess Shale of British Columbia.  Many of these remarkable animals, including the giant predator Anomalocaris, lacked hard skeletons and are only preserved in these exceptional deposits.  Until recently these Burgess Shale-type creatures were unknown in younger rocks but this has changed with discoveries of remarkable fossils (Fig. 1) near Zagora in Morocco by former postdoc Peter Van Roy.

Van Roy found a diversity of soft-bodied animals in rocks of early Ordovician age (Fig. 2).  These Moroccan fossils, from the Fezouata shales, provide a link between the products of the Cambrian Explosion in the Burgess Shale and elsewhere, and the subsequent Great Ordovician Biodiversification Event.  Finding deposits that provide the right circumstances to preserve soft-bodied animals is essential to understanding the history of life. 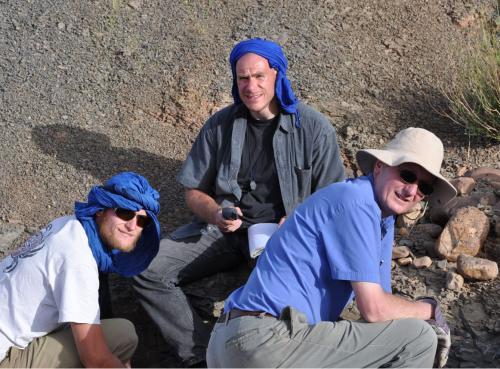 Apart from yielding unusual animals that would look perfectly at home in the Cambrian, the Fezouata shales are remarkable in how frequently soft-bodied fossils occur.  Specimens have come from more than 40 small excavations over an area of 500 square kilometers in the Draa Valley north of Zagora where the productive sequence is over 700 meters thick and spans some 8 million years. Upstate New York is a less promising collecting ground than the deserts of the AntiAtlas, not least because of vegetation and overburden, but it provides a similar lesson. We have re-excavated Beecher’s Trilobite Bed (Upper Ordovician), which is famous for the preservation of trilobite limbs investigated by Yale paleontologist Charles Emerson Beecher in the 1890s. Former graduate student Una Farrell, now at Trinity College, Dublin,  investigated how the trilobites became mineralized in pyrite, and discovered a number of new beds with pyritized soft-tissues in the process.  Several other sites with pyritized fossils (Fig. 3) have also turned up across northwestern NY showing that, where conditions are favorable, soft-bodied fossils are much more widespread than previously realized.  The treasures that emerge include ostracods (tiny bivalved crustaceans) preserving not only appendages but eggs. 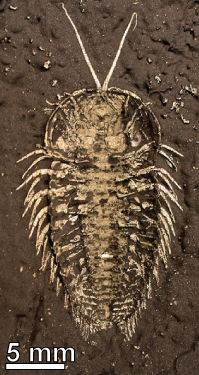 Figure 3. The trilobite Triarthrus, preserved in pyrite, from the Ordovician of Upstate New York.

Other remarkable fossils have come to light in the Middle Ordovician Winnishiek Lagerstätte in Iowa where an NSF funded project, in collaboration with colleagues at the Iowa Geological Survey, yielded some of the largest conodonts known from the fossil record.  Additional taxa of particular interest are possible early fish and arthropods, including phyllocarids and the earliest eurypterids. 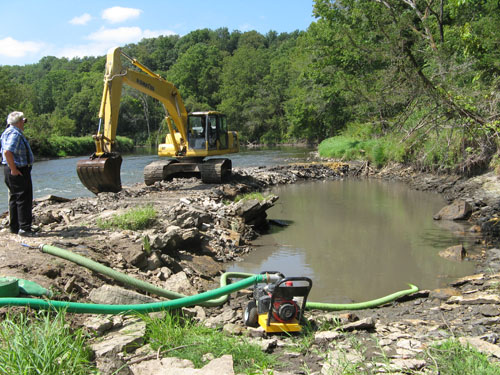 Small highly conserved genes called microRNAs are particularly useful for determining relationships between major animal groups and were the subject of a collaboration between members of our group and Kevin Peterson’s lab at the University of Dartmouth.  Former graduate student Erik Sperling (now at Stanford University) used microRNAs to investigate the relationships and divergence history of sponges.  He concluded that sponges originated in the Neoproterozoic more than 100 mya before the first spicules are found in the fossil record in early Cambrian rocks.  Sperling and fellow graduate student Jakob Vinther (now at the University of Bristol) also used microRNAs to resolve debates about the relationships and evolutionary history of different groups of marine worms based on different genes.  They were able to show that the order in which bristle worms and peanut worms (polychaetes and sipunculans) appear in the fossil record corresponds to the sequence in which they evolved.

Unfortunately the molecules that carry genetic information are very prone to decay - extensive DNA sequences are normally absent in fossils more than 100,000 years old even in settings like the Siberian permafrost.  So insights about the early evolution of animal groups based on gene sequences can only come from living organisms. However, the diagenetic products of other molecules can also provide critical information.  Graduate student Jasmina Wiemann has demonstrated that protein fossilization products can survive in bones, shells and teeth and provide evidence of phylogenetic relationships and metabolic rates.

Other kinds of organic molecules are much more decay resistant – otherwise there would be no fossil fuels!  The organic remains of the cuticles of shrimps and leaves, for example, are common in the fossil record. Their chemistry is altered, however, to longer-chain macromolecules similar in composition to kerogen.  Little of the original chemistry is evident in fossils predating the Tertiary, although former postdoc Neal Gupta used synchrotron analyses to show that traces of chitin, a major component of arthropod cuticles, can persist even in Paleozoic fossils.  More striking perhaps was our laboratory demonstration that the aliphatic components that make up kerogen begin to form in decaying shrimps in less than a year.  Thus studies of fossilization can provide insights into the process involved in the formation of hydrocarbons.  Research with Jakob Vinther and an international group of chemists showed that melanin is one of the longest surviving molecules, present even in Jurassic squid ink, but is altered where the sedimentary sequence has been subjected to elevated temperatures during its geological history.

Understanding decay and preservation is essential to interpreting the significance of fossils. The living notostracan crustacean Triops cancriformis was thought to range back 200 million years to the late Triassic – making it a classic ‘living fossil’.  Observations of decaying specimens of this ‘tadpole shrimp’ by former graduate student Thomas Hegna (now at SUNY Fredonia) showed that important differences between the fossils and the living species are real, and not just a result of degradation.  No fossil examples can be identified confidently as Triops cancriformis – the so-called living fossil has no fossil record!  Hegna has described beautifully preserved new notostracans from China (Fig. 5). 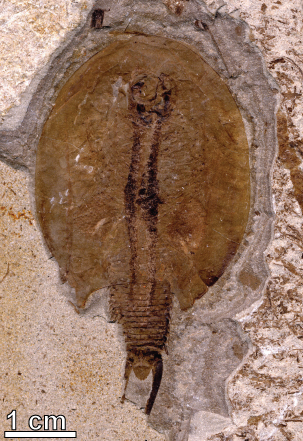 Figure 5. The notostracan (‘tadpole shrimp’) Chenops from the Cretaceous of China.

Former postdoc Marc Laflamme (now at the University of Toronto, Mississauga), in contrast, investigated the preservation of some of the oldest large organisms, the enigmatic frond-like fossils that abound in some late Precambrian (Ediacaran) assemblages, notably at Mistaken Point in Newfoundland.  He was among the first to section specimens to establish their three-dimensional form.  Maps of the bulbous holdfast that anchored the fronds in the sediment show a concentration of elements representing the position of a microbial film or mat that enveloped the structure (microbial mats were common in the Ediacaran seas as grazing invertebrates had yet to evolve).  Intriguingly our analyses also revealed that the sediment within the holdfasts is distinctive in composition indicating that the organism itself may have incorporated sediment to provide ballast!  Laflamme’s preliminary laboratory experiments with former graduate student Simon Darroch (now at Vanderbilt University) showed how microbial films may have generated the ‘death masks’ that resulted in the preservation of Ediacaran fossils.  Their study of populations of frond-like Ediacaran taxa from Mistaken Point in Newfoundland showed that they reproduced continually, lacking the seasonal trigger afforded by the escalation of zooplankton in the Cambrian.

Jakob Vinther demonstrated that structures on fossilized feathers and fur, previously interpreted as preserved decay bacteria, are melanosomes, the organelles that synthesize melanin.  This led to our discovery, with Rick Prum, Professor in Ecology and Evolutionary Biology, of iridescent structures in a feather from the Eocene of Messel, Germany and, with a larger team of collaborators, to the color reconstruction of the plumage of a feathered dinosaur, Anchiornis from the Jurassic of China.  Former postdoc Maria McNamara (now at University College Cork in Ireland) extended research on color preservation to encompass fossil insects, including the fabulous shiny jewel beetles from Messel and other Tertiary lake deposits (Fig. 6) and much rarer examples of fossil butterflies.  Her work has illuminated important aspects of the anatomy, preservation, evolution and function of colour in feathers and insects.  Through exceptional preservation, ancient animals can show their true colors! 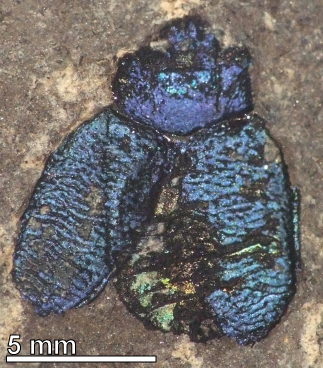 Figure 6. A chrysomelid beetle from the Eocene of Eckfeld, Germany. The color is structural in origin.