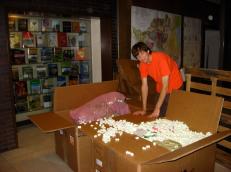 Brad Foley helps to unpack the huge shipment from Nanometrics in November 2008.

In late 2008, the Geology and Geophysics department acquired a pool of 21 broadband seismometers for use in temporary deployments in regions of particular tectonic interest. Each set consists of a Trillium 120P broadband sensor along with a Taurus digitizer/datalogger; the equipment is manufactured by Nanometrics, Inc. 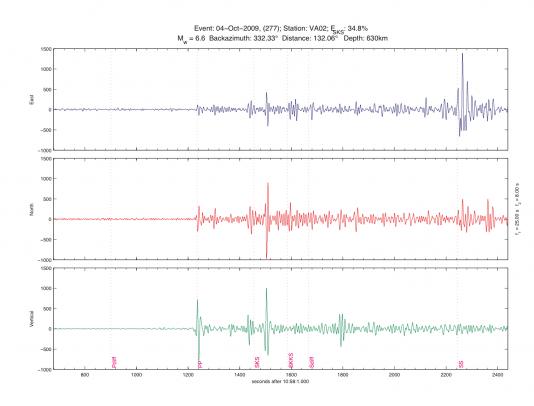 A seismogram recorded by one of the Yale broadband seismometers deployed in Williamsburg, VA for the TEENA experiment. This record is from a deep (~630 km) earthquake in the western Philippines subduction zone on October 4, 2009. 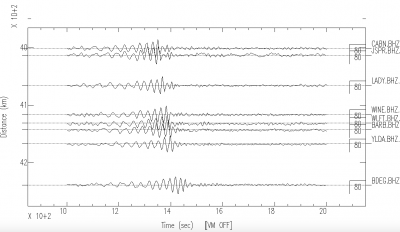 Record section showing Rayleigh wave arrivals on the vertical components for stations deployed during Year 1 of the MAGIC experiment for an earthquake offshore California.