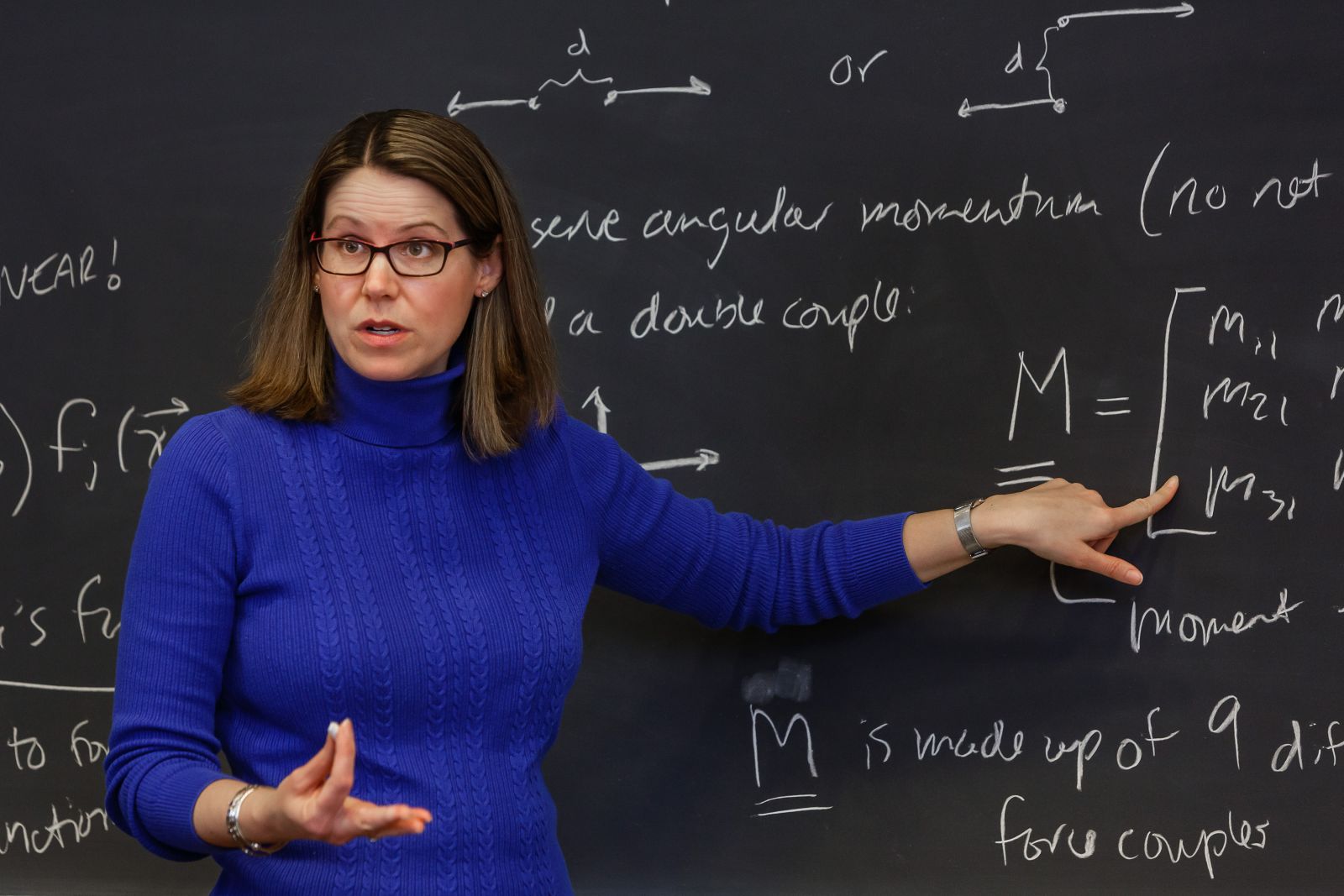 A seminar covering advanced topics concerning physical and chemical processes in the mantle and core of the Earth and planets. Topics have included the transition zone and lower mantle, results from the EarthScope project, and core-mantle boundary structure and dynamics.

G&G640 Physics and Phenomenology of Subduction

An overview of the physical processes relevant to subduction zones. Topics include thermal and petrological structure of subduction systems, the balance of forces, slab morphology, mantle flow, subduction initiation and termination, seismicity, magmatism, and accretionary vs. erosive subduction.

An overview of techniques used in observational global seismology, including the theory and application of commonly used analysis methods, an exploration of current research topics, and topics in field seismology.