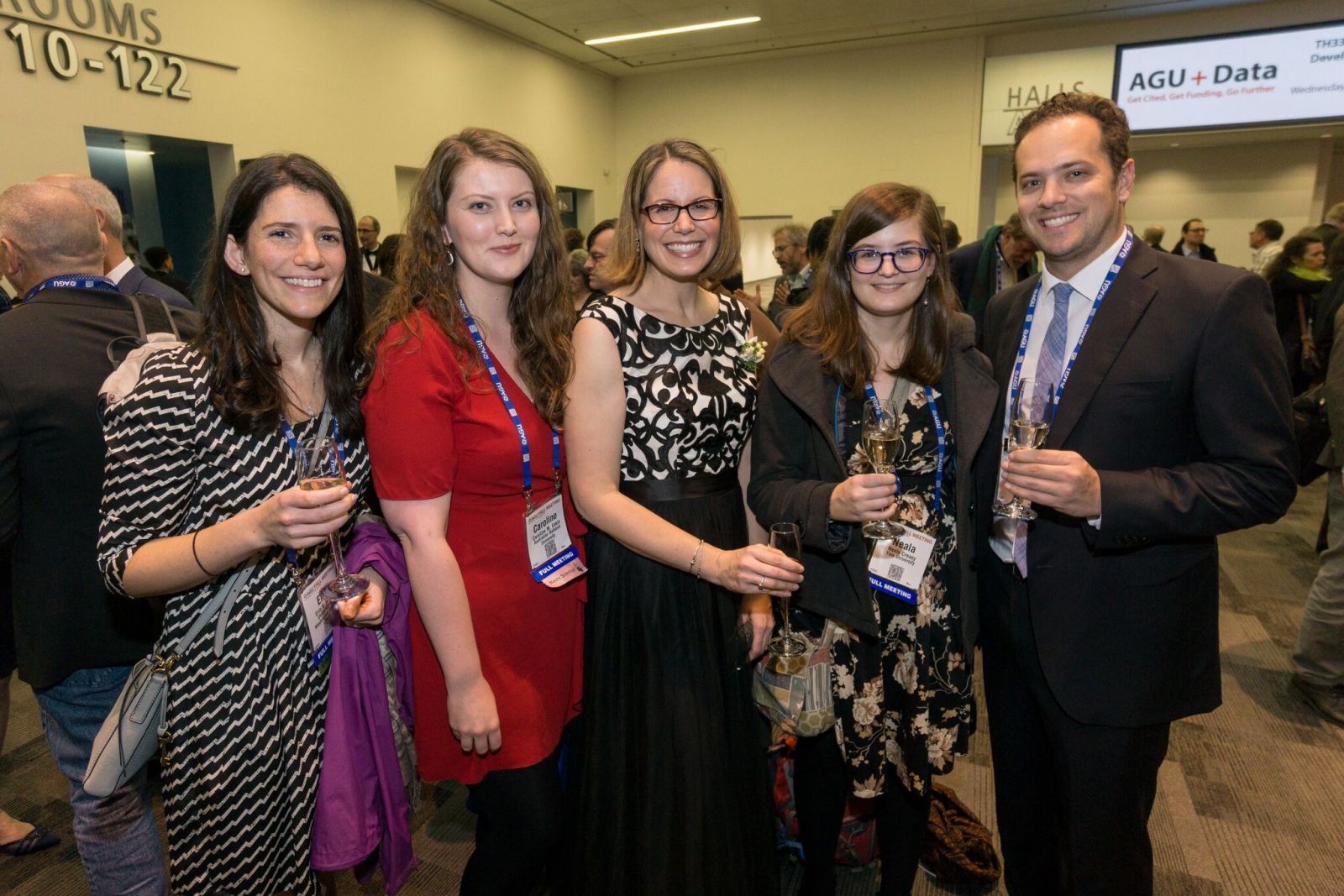 Kimberly Espinal started as a graduate student at Yale in Fall 2021. She did her undergraduate work at Franklin and Marshall College in Lancaster, PA, and worked analyzing seismicity in the East African Rift with Simon Klemperer at Stanford. Kim’s work at Yale will focus on the structure, dynamics, and evolution of the Northern Appalachian Anomaly, a prominent upper mantle low velocity anomaly beneath New England, using data from the NEST experiment.

Yantao Luo started as a graduate student at Yale in Fall 2019. He did his undergraduate work at Washington University in St. Louis, and did work on deep seismicity with Prof. Doug Wiens. Yantao’s work at Yale focuses on the structure and evolution of the crust and upper mantle beneath the Appalachian Mountains, with a focus on southern New England. He works mainly with data from the SEISConn and MAGIC experiments and applies a variety of imaging techniques in his work, including receiver function analysis and scattered wavefield migration imaging.

Jonathan Wolf started as a graduate student at Yale in Fall 2019. He did his undergraduate work at the University of Muenster in Germany, and spent a semester as an undergraduate intern at Yale, working with Maureen and with graduate student Neala Creasy. Jonathan is interested in the structure and dynamics of the lowermost mantle using a mix of computational and observational approaches.  He uses the AxiSEM3D waveform modeling code to understand how seismic anisotropy expresses itself in the seismic wavefield. He is also involved in a collaborative project that analyses SmKS waves to understand the lowermost mantle and outer core.

Puskar Mondal  (Ph.D. 2021) worked on developing strategies for the probabilistic inversion of shear wave splitting intensity measurements for anisotropic structure in the upper mantle. He is currently a postdoctoral researcher in the Department of Mathematics at Harvard University, having made a switch from geophysics to the field of mathematical general relativity.

Neala Creasy (Ph.D. 2019) worked on the structure and dynamics of the lowermost mantle from both a seismological and a mineral physics perspective during her time at Yale. Her thesis focused on observations and models of seismic anisotropy in the D” layer at the base of the mantle. She spent two years as an NSF Postdoctoral Fellow at the Colorado School of Mines, working with Prof. Ebru Bozdag, and is currently a postdoctoral researcher at the Los Alamos National Laboratory.

Miriam Reiss (Postdoc, 2018) worked at Yale on a six-month postdoctoral scholarship from Germany during 2018. She carried out a project on the structure of the lowermost mantle beneath Africa. She is currently a postdoctoral associate in Frankfurt.

Juan Aragon (B.S. 2017) completed a senior thesis on upper mantle anisotropy beneath the mid-Atlantic Appalachians from SKS splitting measurements at stations of the MAGIC array. He worked with our group between 2013-2018 as a field technician and project manager for both the MAGIC and SEISConn experiments. He is currently a Physical Science Engineer at the Earthquake Science Center, U.S. Geological Survey.

Andrea Servali (M.S. 2018) worked on the structure and dynamics of the eastern United States, using observations of Love-to-Rayleigh wave scattering. He is currently a data analysis intern at Edmodo.

Heather Ford (Postdoc, 2013-2016) worked on observations, models, and interpretations of seismic anisotropy in the D” layer at the base of the mantle, as well as on observations of mid-lithospheric discontinuities beneath the North American continent. She is currently an assistant professor at the University of California, Riverside.

Colton Lynner (Ph.D. 2015) carried out thesis research on the structure and dynamics of the sub-slab mantle (upper mantle, transition zone, and uppermost lower mantle) and the anisotropic structure of the lowermost mantle beneath Africa.  He was a postdoctoral associate and researcher at the University of Arizona from 2016-2019, and is currently an assistant professor at the University of Delaware.

Caroline Eakin (Ph.D. 2015) carried out thesis research on the dynamics of the flat slab subduction system beneath Peru, using data from the PULSE project along with geodynamical modeling techniques. She was a research fellow at the National Oceanography Centre/University of Southampton from 2015-2016, and is now a Fellow/Senior Lecturer at the Australian National University.

Erin Wirth (Ph.D. 2014) carried out thesis research on the structure and dynamics of the subduction zone mantle wedge and the continental lithosphere. She worked as a postdoctoral researcher at the University of Washington, carrying out wavefield simulations for subduction megathrust earthquakes through the Cascadia M9 Project. She is currently a Research Geophysicist at the U.S. Geological Survey in Seattle.

Karen Paczkowski (Ph.D. 2012) worked on her final thesis chapter in our group, running a series of 3-D finite element models to simulate sub-slab mantle flow in subduction systems with migrating trenches. This work was being carried out in collaboration with Laurent Montesi at UMD. Karen spent a year working in industry, doing fluid dynamics simulations for an aeronautics company in CT, and then spent a year as a postdoc at UMD before moving into the science policy world. She has held positions as a science policy fellow at GSA, a AAAS Congressional Science Fellow, and a AAAS Executive Branch Fellow.

Xiaobo He (postdoc, 2010-2012) worked on characterizing and interpreting anisotropy in the D” layer at the base of the mantle. Xiaobo is currently an assistant professor at Zhejiang University.

Jenny Hanna (M.S. 2011) worked on the characterization of shear wave splitting in subduction systems, including the Izu-Bonin-Marianas and Alaska subduction zones. Jenny finished law school at Quinnipiac University and is currently a solicitor in the UK.